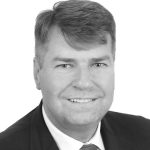 Magnús was the MD of corporate finance at Kvika bank prior to founding MAR Advisors in 2017. He was the CEO of Icelandic group, a €600 million seafood company with operations in 10 countires. Magnús was a MD at Landsvirkjun (Iceland’s largest energy company) and at Glitnir bank & Glacier Partners New York, where he led development and managed M&A advisory units and a US$ 1.5 billion portfolio in sustainable energy and seafood across three continents. From 1997-2005, Magnús worked in the Icelandic diplomatic service,where he served as Consul General in New York and Deputy Chief of Mission, Minister Counsellor in Beijing. Magnús has served on the boards of many organizations such as Iceland Seafood International (ISI), HS Orka, Farice, Seachill UK, Gadus Belgium, American Scandinavion Foundation and Sena.

Magnús holds an MBA from Thunderbird School of Global Management, Arizona, and a B.Sc. in Banking & Finance from NSU, Florida. He is fluent in Icelandic and English.